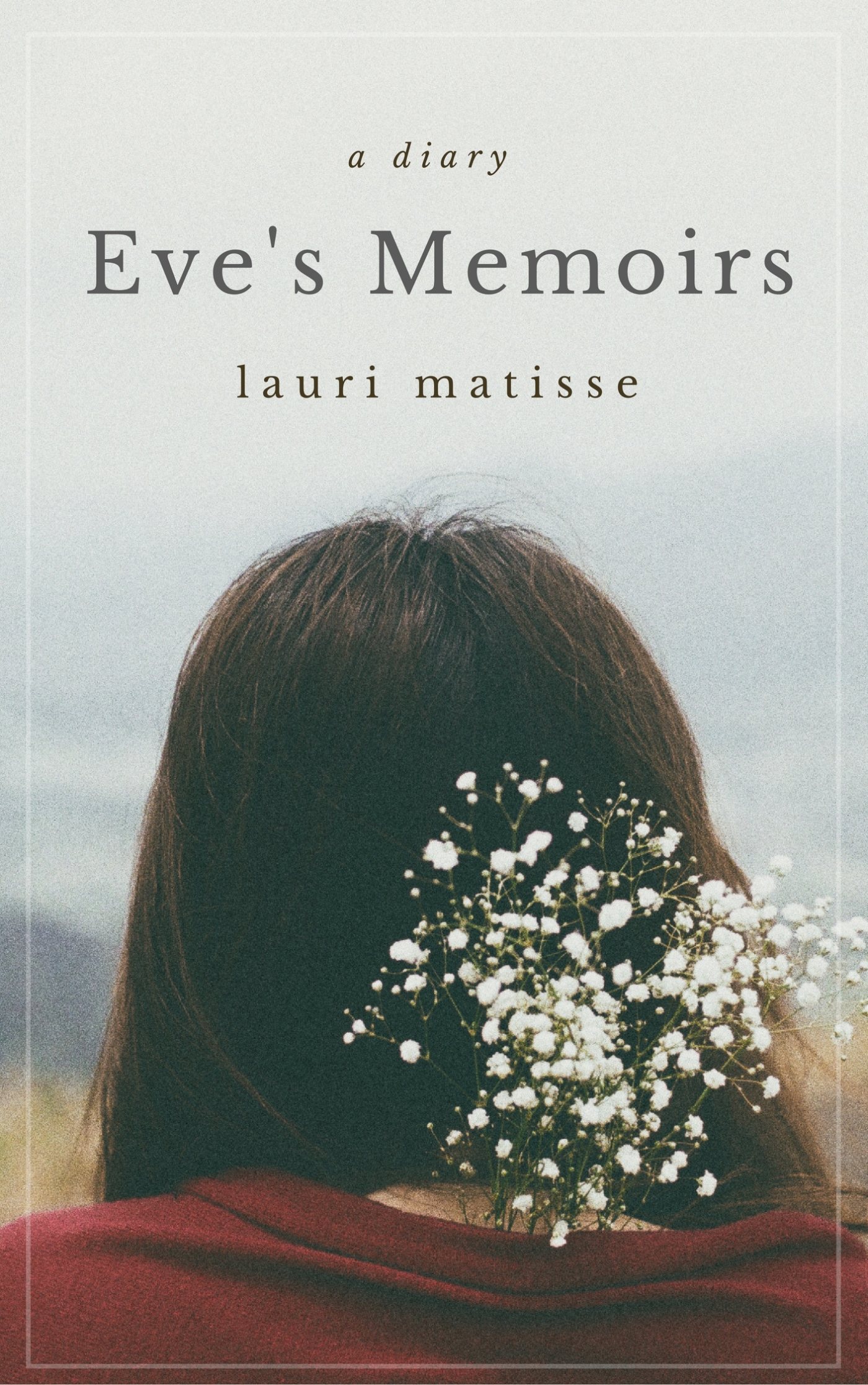 “I held the fate of all humanity in my hands as I pondered the forbidden fruit, the apple of my wondering; the fruit of my desires, or so I thought. Before the first bite, I pondered the opportunity of it all, but was completely unaware of the enormity of the outcome. How could I have known?!

I was, after all, the first woman on planet earth. Who else can say that? The first woman. Cool, right? Not since that first bite. I’ve been blamed ever since that moment. But really, haven’t we all held the apple from time to time? What would you have done?”        *excerpt from Eve’s Memoirs, day one, year 100 of the dawn

Eve’s voice came to me one day. I was Eve, the first woman, writing my diary from the 100th year of the dawn. The voice came very naturally to me, as I have a heart bursting to love humanity, as a mother would love her children. As Eve’s Memoirs, progressed, it became much more of a spiritual and mystical journey, than I anticipated, but it seemed to encompass the women of the earth, in a way that transcended all barriers.

I call myself a modern mystic, because, years ago, when I was searching for a peer group, it was the voice of the Christian mystics, throughout generations, that spoke to me the strongest; such as, Hildegard of Bingen, (1098-1179), Saint Teresa of Avila, (1515-1582) and Saint John of the Cross (1542-1591). When I discovered these amazing souls, who had lived continually in an intense, intimate love relationship with God which superseded all else, I felt akin to them.

I am not a theologian, nor do I want to be one. As a mystic, I am open to spiritual possibilities, beyond what can be reasoned. I might be categorized as a Christian Mystic, but I prefer not to be labeled with an organized religion or subculture. If I one had to pick a label, I would prefer to be called a “Follower of Jesus Mystic.” But regardless of labels; the world now, and throughout history, needs mystics, those who step aside from current tides of philosophy, politics, and cultural waves. We need those who quietly listen to God and bringing forth revelation through art, writing, prayer, poetry, etc.

When I was 10, playing in a field behind my house, I had my first vision. All of a sudden, the heavens opened, and I saw thousands people, off in the distant future, who were reading my books about God. I felt called to be a writer.

I set out to be a playwright in college, and even though, I ended up studying architecture, I wrote my first book at age 23, no more black days. I published it a few years later, when, God brought me the exact amount of money I was praying for as a sign, on a beach in California, in a pink, wet wallet, washed up on the sand, with no I.D.

No more black days, was enjoyed by The Late Royal Highness, Princess Diana, among many others, who expressed they were touched by the book.

As a young writer, I followed authors who exhibited that fresh, love relationship with God in their work, such as Ann Kiemel Anderson, who wrote, Yes, and Frances J. Roberts, who wrote, Come Away My Beloved. I had the privilege of spending the day with Frances, in Ojai, years ago. At the close of our perfect day, I asked her to share with me the most important bit of advice that would help me as a Believer. What she said to me, flowed as a peaceful current, through the often tumultuous rapids of my life, over the next 30 years. She said, “Keep the love relationship between God and yourself as the number one priority.”

Even though spiritually based, Eve’s Memoirs is filled with wit and humor, along with a bit of practical advice which every woman needs to know, (and men, too)! You will find wisdom in Eve’s Memoirs to set you free and equip you as a woman to live a more satisfying life in the Garden, outside the Garden, and in your own inner Garden.

In Eve’s Memoirs, I hope you will relate to Eve’s longings, desires, frustrations and revelations. Eve’s wisdom from the Garden changed my life as a woman. I hope that by reading Eve’s Memoirs, you will find a bit of the mystic in yourself, which will help nourish you on your own life’s pilgrimage.

Lauri Matisse is an Author of Inspirational Books; no more dark days, The Walking Dead, Eve's Memoirs & The Passion of Jesus and numerous Children's Books. Her Youtube Channel and PODCAST are called Mystikcenter.

One thought on “Eve’s Memoirs”

We are in a serious time, the ‘Mark’ of the Beast has begun and is being implemented. The False Prophet is actively moving with the Two Horns (Beast of the Earth) Give you life to Jesus and don’t take the ‘Mark’ I will post info soon. Follow My Blog for notifications.